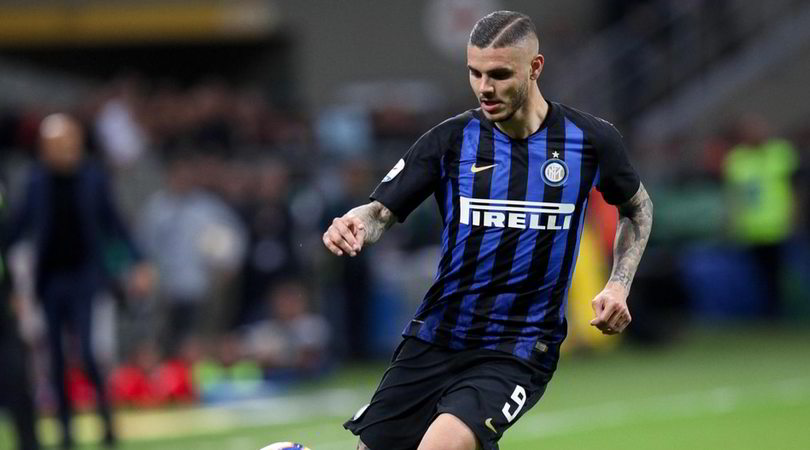 The Argentine striker received a call from Carlo Ancelotti: the technician wants to convince him to wear the blue shirt. De Laurentiis in pressing on Wanda Nara

The Napoli has increased the pressure to have < strong> Mauro Icardi and, after the call of Aurelio De Laurentiis to Wanda Nara , Carlo Ancelotti also raised the phone to talk to Mauro Icardi . The intervention of the Reggiolo technician was anticipated by the blue number one to the beautiful Argentinian showgirl and for this reason Rosario’s striker was not displaced by hearing the other end of the phone Carletto , a coach with the which players converse willingly given its affability and skill. Ancelotti explained to Maurito how he intends to use it, how important it would be in the game of Napoli he has in mind. Naturally, he was able to spend the Champions card and relied on the player’s desire for revenge after all that has happened to Inter in recent months. The former coach of Bayern and Real, who was also fundamental to snatch yes from Manolas , is convinced that he has touched the right keys, but he knows that the last word belongs to the Argentine .


Certainly Napoli in the last two days has intensified its offensive and is doing everything possible to anticipate the competition. De Laurentiis understood that in order to have the former Inter captain he must hurry, to prevent Juventus having time to make his move. ADL, therefore, has only one possibility: convince the center forward , and his entourage, before the bianconeri arrives on his table, in addition to the Roma offer. The economic proposal for Maurito, according to what filters from environments close to the tip, was of those important, 8 million including bonuses , but the road is not downhill even for what concerns the engagement because there is to discuss the image rights and Icardi some important partner, from Nike to Philipp Plein, has it. There is a risk that this rock could cause the business to get stuck. That’s why De Laurentiis has decided to try to speed up . […]