De Laurentiis is holding Llorente but is waiting. And Wanda seems to have decided on the transfer 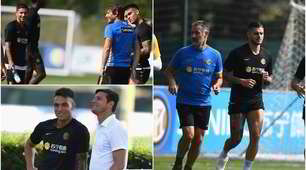 Margins because # 233; can change his mind, from his entourage, do not leak it, although Wanda is also of the idea of accepting a transfer, so that the husband can finally return to being a footballer in every way. A few days from the end of the market, for & # 242 ;, & # 232; always keep a small door open. It also does the Napoli that is about to close for Fernando Llorente , but, after a consultation between Aurelio De Laurentiis and Cristiano Giuntoli < / strong>, yes & # 232; took a few more hours in the hope of repentance. Evidently, we also hope the Inter, but in front of that wall we are already down; also violating the ambitions of Rome , Monaco and Arsenal . It & # 8217; true, there would also be Juventus , but this & # 232; a separate speech. None of the Juventus club is & # 232; never done concretely ahead with the Inter. Not to mention that Zhang jr , after saying last February & # 171; Icardi mai in bianconero & # 187 ;, would have no intention of getting back the word. Unless with Dybala involvement & # 8230; But, with the market closing in Monday & # 236; next, we are still in the field of hypotheses. 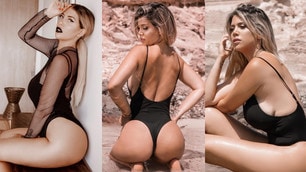 In short, it shouldn’t really change the situation, Monday # 236; evening, in fact, there was evidence of what will happen; in the coming weeks, on the occasion of every game. That is to say Icardi not called and without duties. To understand, instead, if, for its part, the choice to desert San Siro is only fruit of the moment & # 8211; those who are close to him say that he is particularly already # 249; of morals & # 8211; or if it can become final. Certainly its absence is not passed unnoticed. And the most # 249; malignant they have not lost the occasion to underline: but as, it claims to want to remain because it is # 233; Does he feel like an Inter player, and then he doesn’t even come to the stadium to watch the game?